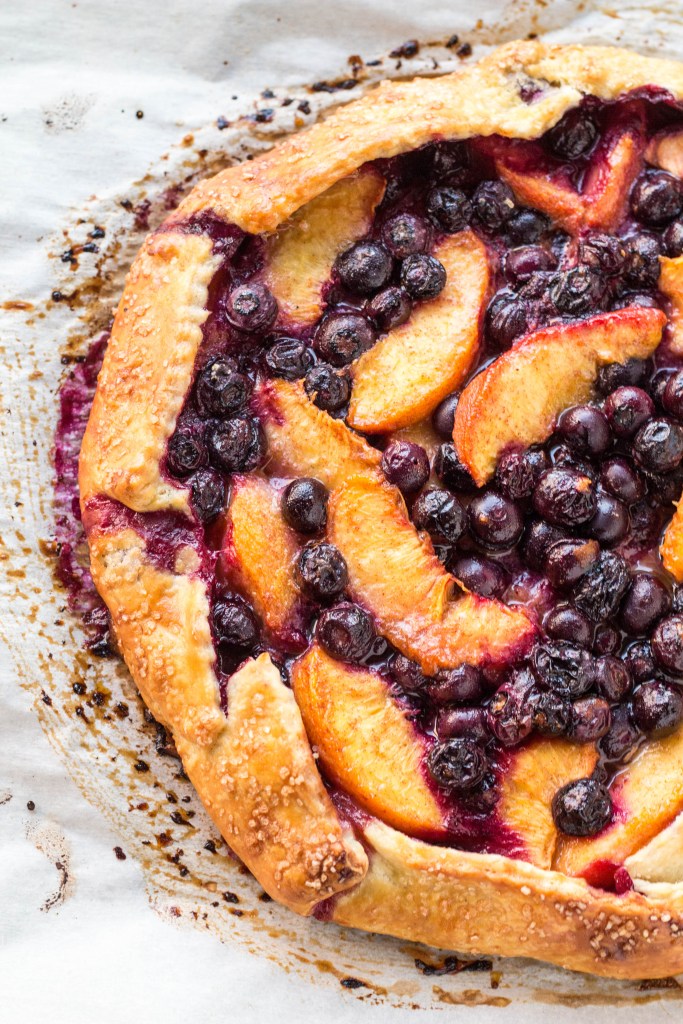 I use only cinnamon and vanilla to flavor the filling. There’s something about the subtle aroma of cinnamon that, when used in the right quantity, is able to enhance the flavor of the fruit without overwhelming. I’ve tried other warm spices in the past: allspice, cardamom, star anise, ginger, orange, lemon, nutmeg and clove. Don’t be tempted. It’s too much. Let the blueberries and peaches shine. This is what they were made for. 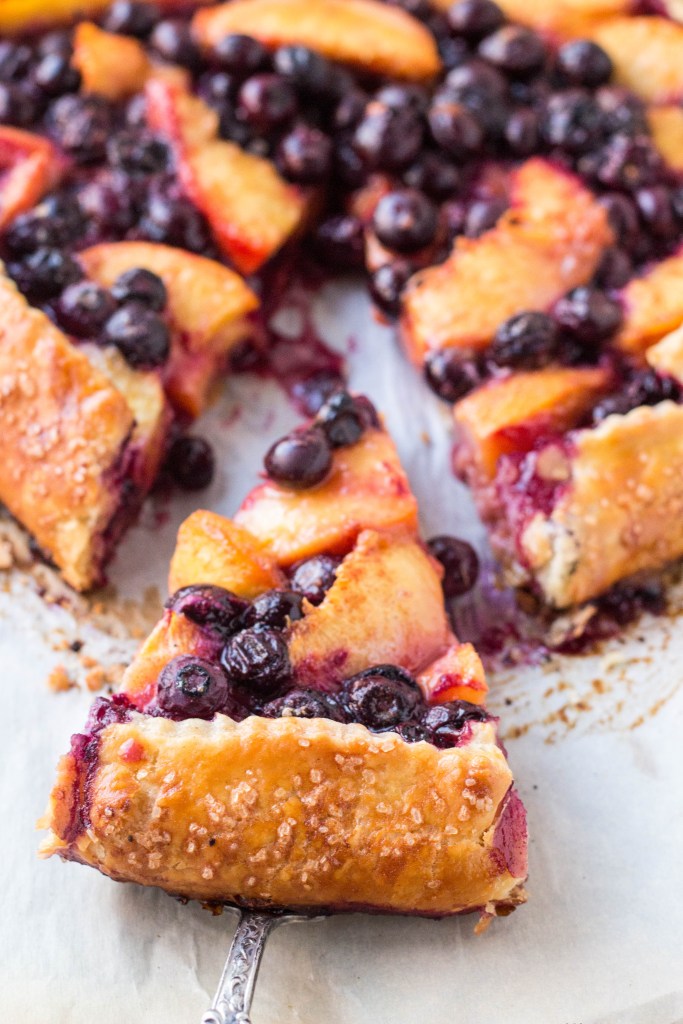 
NOTES
*I make vanilla sugar by storing old, used vanilla beans in a canister with granulated sugar. Over time, they give off their perfume and it gets absorbed by the sugar, creating a lightly vanilla infused sugar. I keep it on hand to stir into coffee or use in sweet recipes such as this. Regular can be substituted along with a teaspoon of vanilla extract, or leave the vanilla out altogether.
**To achieve a tender, flaky pie crust, the dough needs to stay cold at all times. Be sure to start with chilled ingredients and place the bowl in the freezer for a few minutes if it's starting to get too warm. Placing the prepared tart in the freezer for a few minutes before baking ensures that the crust will be super flaky.