Sean Spark
Selasa, 14 Agustus 2018
Facebook Twitter
Loading...
If your head explodes upon contemplating the deliciousness of these Apple Spice Pork Chops, don’t say I didn’t try to warn you 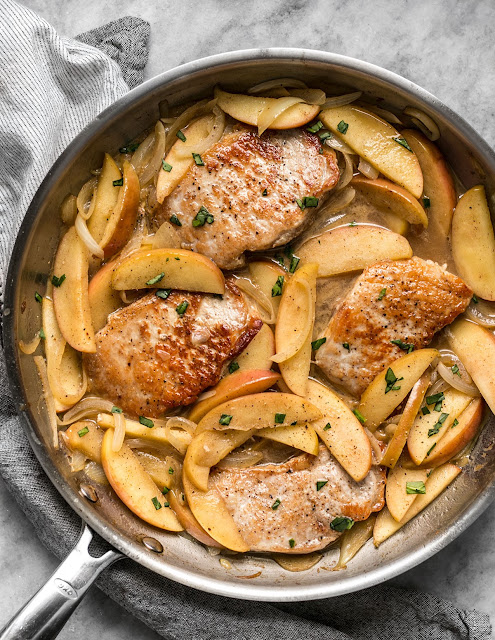 Since these Apple Spice Pork Chops simmer in the delicious sauce there is not even a fraction of a possibility that chops will turn into dry hockey pucks. No, they’re juicy, rich, sweet and savory all at one time.

I used boneless, center cut, thick chops but you can use bone-in as well. Just do not use thin cut pork chops because they will likely cook too quickly and become over cooked. Shoot for something 3/4-1 inch thick. Also, I used fuji apples for this recipe because I wanted something that was halfway between sweet and tart. I would suggest using any variety that is sweet but not sickeningly so. You need a little “acid” in there. 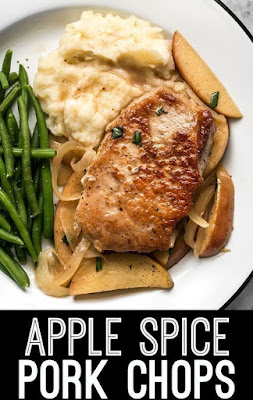