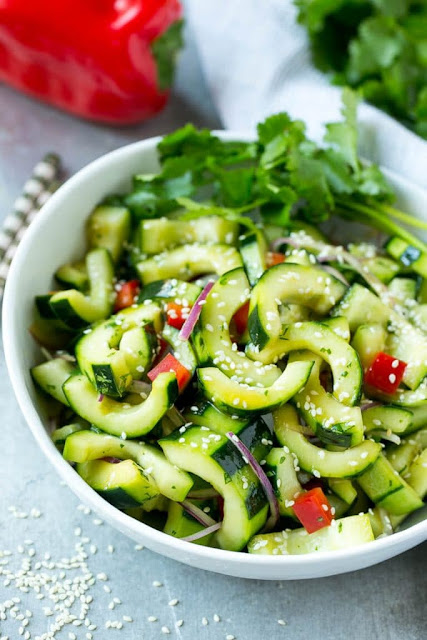 This Asian cucumber salad is one of sides dish , you can serve it alongside grilled chicken or fish and it makes the perfect picnic or potluck offering.

For making this salad select your cucumbers. Typically there are three different types of cucumbers at the grocery store. You’ve got standard cucumbers, the long plastic wrapped English cucumbers, as well as those cute little Persian cucumbers. 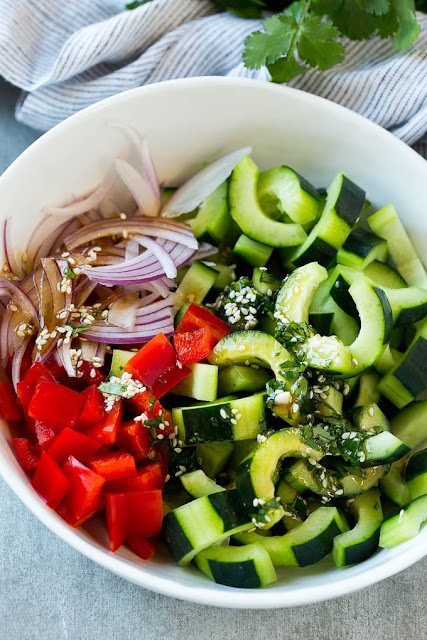 The cucumbers are combined with red bell pepper and thinly sliced red onion to form the base of the salad .. and remember the cucumbers will release liquid as they sit in the fridge, so your dressing might be a little thinner in consistency when it comes time to serve your salad.

ASIAN CUCUMBER SALAD
This recipe for Asian cucumber salad is cucumbers and colorful veggies tossed in a zesty sesame dressing. The perfect quick and easy side dish!