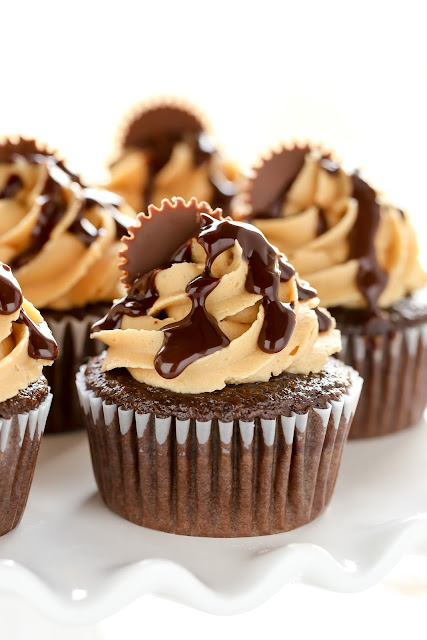 I originally planned to stuff these cupcakes with a peanut butter cup in the middle.  But, since the cupcake batter is so thin they sunk straight to the bottom and stuck to the liners.  It was not pretty.  So I decided to just top them with the peanut butter cups and I think they actually look better that way.

The cupcakes always turn out super chocolatey, soft, and they stay moist for days ! 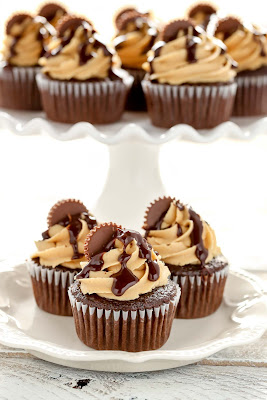 Ingredients
For the chocolate cupcakes:


Instructions
To make the chocolate cupcakes:


To make the peanut butter frosting: