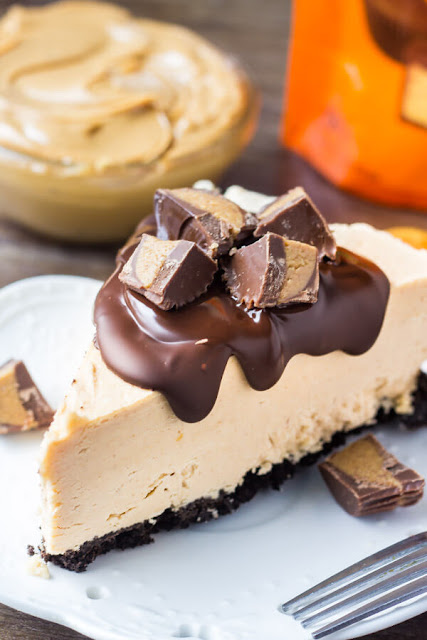 This yummy treat is a perfect dessert to share at summer gatherings because it’s no bake. But, it’s also a recipe that can be made year round. Even family and friends who don’t do low carb will gobble down this tasty sugar free cheesecake.

With the heat of summer, no one wants to be turning on a hot oven to bake a traditional cheesecake. This no bake peanut butter cheesecake is made in a springform pan to give the look of a baked cheesecake. But, it sets in the refrigerator.