> Vacation in Indonesia Part2 - 5 Awesome Panorama that You Will Meet in Labuan Bajo.
Loading...

Home/ Traveling/Vacation in Indonesia Part2 - 5 Awesome Panorama that You Will Meet in Labuan Bajo.

Vacation in Indonesia Part2 - 5 Awesome Panorama that You Will Meet in Labuan Bajo.

Sean Spark
Senin, 13 Agustus 2018
Facebook Twitter
Loading...
If you are on vacation in Indonesia, Labuan Bajo beach is one of the tourist destinations that you must visit. especially if you are a lover of sea and beach.

Labuan Bajo is famous for its amazingly beautiful scenery.

Maybe you are curious, what kind of experience is offered by Labuan Bajo. For those of you who are curious I will share some of the panoramas that you can enjoy while on vacation in Labuan Bajo. 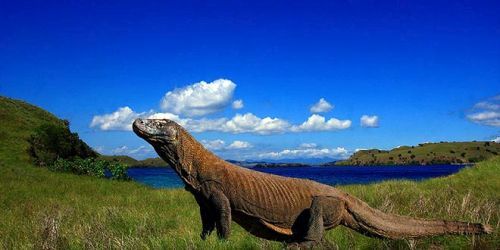 One of the main destinations is clearly the island of Komodo which presents beautiful natural charm plus Komodo that is free to play in its natural habitat!
In addition to being satisfied with seeing ancient animals, the scenery while on the boat will not be boring. Because the trip from Labuan Bajo to Komodo Island you will be presented with natural charm such as the hills in the middle of the sea and the refreshing air. 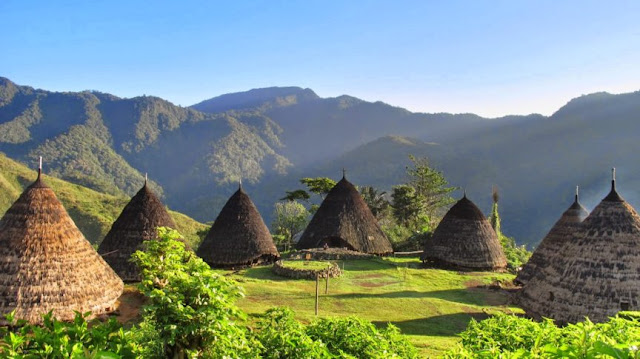 Not to mention the charm of Wae Rebo, dubbed the most beautiful village in Indonesia. Guaranteed you will feel like playing there!
You must visit a small traditional village in Eastern Indonesia, Wae Rebo. This small village located on Flores makes you amazed by all its natural charm because it is in the middle of the forest and away from the crowds. 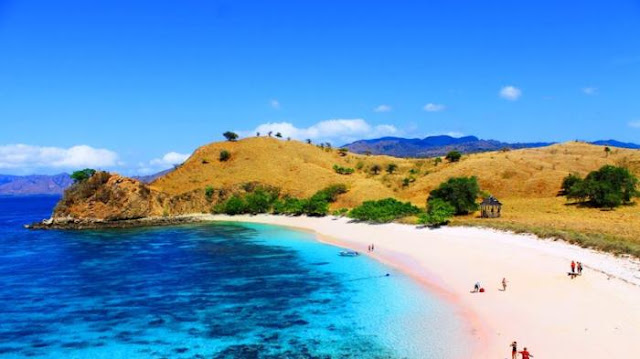 Padar Island is one of the islands with a nice beach and is a Manta Pari migration route.
Padar Island is the third largest island in the Komodo National Park. On Padar Island, you will be pampered with the beautiful pink beach that you can do funny swimming there, play water, photos, or snorkelling all. Not only that, you can also climb the hill if you want to enjoy the beauty of the panorama from above. The charm of the sea that is so blue and the rows of islands around it will make you forget things that make you upset. But always be careful, because he said on Padar Island there are also some Komodo dragons. 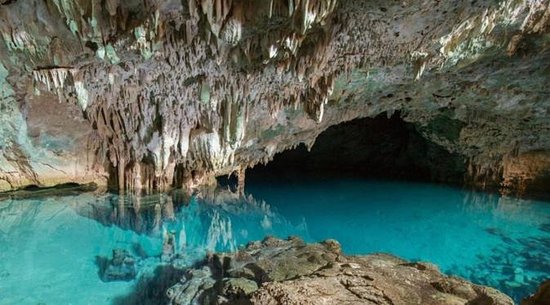 In Goa Rangko, you can swim, enjoy cave ornaments, or even photos. In the middle of the cave there is a pond with clear water that tastes salty because it comes from sea water. Well, this small pond in the cave is because there are not many tourists there, so it makes you play there like a private swimming pool.

One of the fun activities when in Labuan Bajo is snorkelling on Kanawa Island which is about 15km from Labuan Bajo. Because it is only a few meters from the beach, under the sea there is a spot for snorkelling with views of colorful coral and fish that are so fascinating. The beauty of Kanawa Island is still well maintained, because it is not only suitable as a snorkelling place. But it can also be a moment of relief, sunbathing, or playing sand on the beach.

Apparently, around Labuan Bajo have many exciting tourist destinations with a variety of amazing panoramas. It's not just fun to do water activities, but also sunbathing, photos, or just enjoying the sound of waves on the beach can relax you for a moment.